Introducing the Oracle Database Service for Azure, the power of Multi-Cloud

With the recent launch of the Oracle Database Service for Azure, Oracle has made it easier for organisations to create the best of breed Multi-Cloud deployments of their business critical apps and services. Users can bring their existing OCI tenancy if they have one or create one from the Azure website using a new streamlined process, the tenancies are then linked creating a truly modern Multi-Cloud connection. 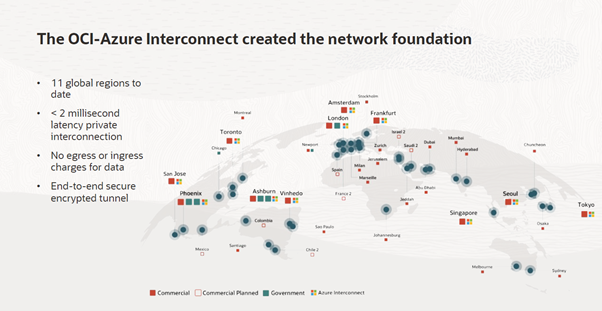 Previously without such a Multi-Cloud friendly service offering, anyone looking to deploy across clouds would be faced with extra charges for moving data between providers and penalised for doing so with extra latency impacting performance. The Oracle Database Service for Azure has no data ingress or egress charges for moving data between the two environments and there is a dedicated private Oracle Interconnect for Azure provided at no extra cost offering sub 2ms latency. Another potential hurdle would have been a support issue, which cloud is causing the service to fail. Customers creating support tickets in Azure for the Oracle Database service benefit from a collaboration agreement between Microsoft and Oracle so if the issue is on the Oracle side the engineers automatically can work with Oracle to resolve even when the ticket is raised via Azure.

In addition to easing Multi-Cloud performance and data cost concerns the new Oracle Database Service for Azure also takes care of the network and management between the clouds removing a lot of the hard work from the setup process and making it a fully managed cloud service. Any Oracle Databases created from the Azure console are configured to work with existing Azure network configurations. The Oracle Databases can then be used with Azure Synapse and PowerBI with no extra work, behaving as if they are native to your Azure Environment and importantly keeping users on a single management console rather than hopping between two configuration panels.

Once users have signed up for the service the following Oracle Cloud Databases can now be provisioned and managed via the Azure console:

The deep platform integration of Oracle’s cloud databases within Azure is perfect for organisations who want to take advantage of Oracle’s leading cloud database products but are already invested in Azure for their wider IT infrastructure. Now that the Azure  platform can be used to create and manage Oracle Cloud Database instances, organisations can leverage their existing expertise in Azure, significantly reducing the amount of training and time investment required for deploying Oracle Cloud Database Technologies. The new service would be perfect for a University with existing on premise database licenses who are looking to modernise its databases without wanting to move away from Azure for the rest of its core infrastructure. An SME or ISV modernising a line of business application or public facing SaaS would also benefit from choosing Oracle Databases on OCI paired with the Azure service for management and integration if they are already invested in Azure but want access to Oracle’s market leading Cloud Database services. 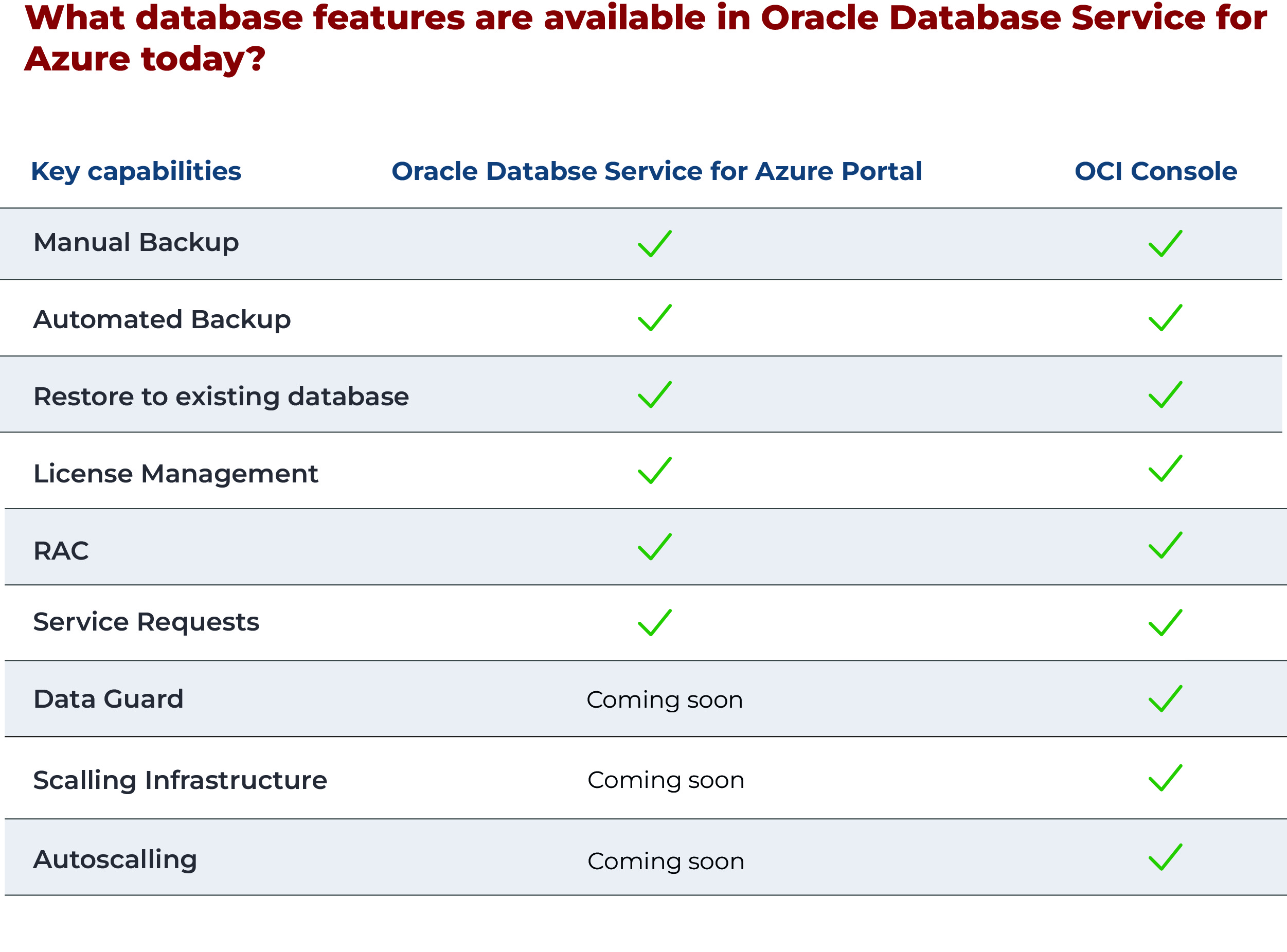 Caption: “Features that are coming soon can still be managed via the OCI console”

Quistor’s team of Cloud experts are on hand to help with migration projects of Oracle Databases and other platforms to OCI helping you get the most from Oracle Cloud and for Higher Education institutions Quistor is the OCRE framework holder for simplified compliant procurement of cloud services. If you wish to discuss your requirements please reach out to our UK Account Manager Shaun Baker (sbaker@quistor.com / 07804 865 230 or BOOK A MEETING